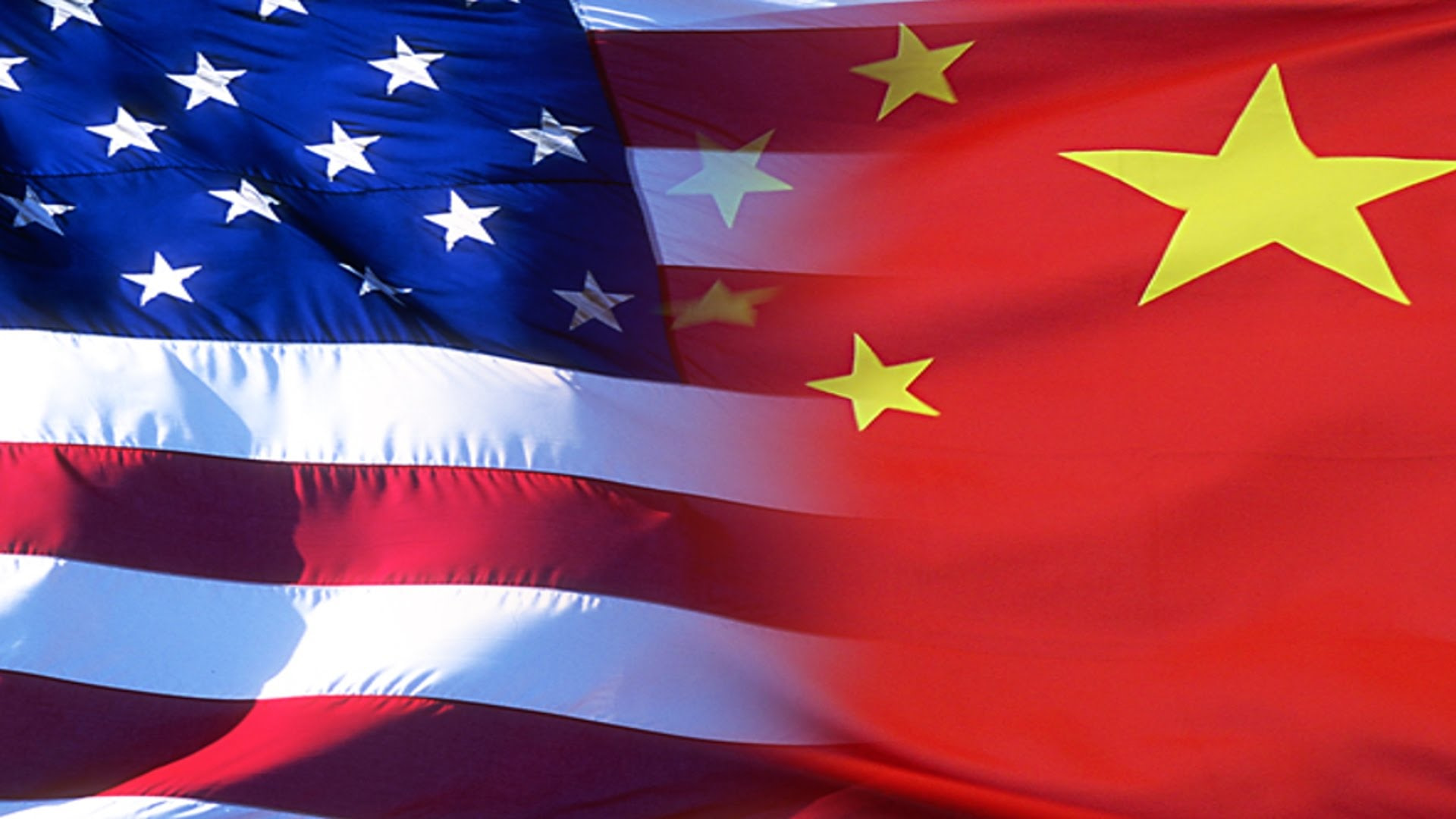 The video below is a very disturbing one from the aspect that IMHO (for this entire blog) it is totally unnecessary, illogical, and a threat of extinction to all living beings. Only by the US and China working together and maintaining peace will the entire world benefit. Anyone with a modicum of common sense can tell you that (however, that leaves out most of our politicians, unfortunately).

Remember, wars are not very profitable for most US citizens and we are the innocent ones who will pay the price and suffer the greatest. Our tushes are on the line. We have no bunkers to hide in like the politician’s mountain- cave retreats paid for by the citizens who will be left out in the cold.

A thermonuclear war between these two countries will assure us of mutual mass destruction at worst or mass suffering on a humongous scale which will be more unbelievable than we can ever imagine. And, there greatly exists the possibility, resultying from a neucular war, of creating an unemaginable ELE (Extinction Level Event for all humanity and living things).

And, if China and the US have a go at it, who else will join in the party? Check out this video to see who has nuclear arsenals:

Consider a natural occurrence of nature over which we have no control….trade winds.

Remember when Mt. St. Helens erupted? The 1980 Mount St. Helens eruption was the most destructive in U.S. history. Fifty-seven people died, and thousands of animals were killed, according to USGS. More than 200 homes were destroyed, and more than 185 miles of roads and 15 miles of railways were damaged. 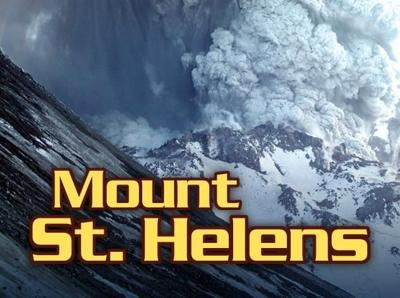 Remember what happened when the volcano in Iceland erupted? Yes, the Eastern trade winds carried the fall-out in an easterly flow to effect the countries thousands of miles away. The eruption of the Eyjafjallajökull volcano in Iceland on 20 March 2010 affected the economic, political and cultural activities in Europe and across the world.

There was an extensive air travel disruption caused by the closure of airspace over many countries affecting the travel arrangements of hundreds of thousands of people in Europe and elsewhere. Sporting, entertainment and many other events were cancelled, delayed or disrupted when individuals or teams were unable to travel to their destination.

If we bomb China with thermonuclear weapons, where do you think the fallout will rain down upon? You got the answer right….on the US. Personally, I don’t think an umbrella will provide you with much protection. So now do you still think bombing China will be practicable? In doing so, the US is condemning our country to a rain of radioactive material with a half-life longer than anyone living here.

As a lifelong US citizen and not a student of political science, I find it difficult to accept and totally unwarranted the concept of our government meddling in the affairs of many countries. It seems that our philosophy is “do it our way or take the highway! We try to bully countries to our way of life. If we are so righteous, why doesn’t the rest of the world’s country back our play???

Why on earth would you consider the US’s actions as a “strategic defense” show under the auspices of protecting freedom and backing Taiwan. What kind of message does it give by sending a show of force by our navy to the China sea  and by positioning our military bases (approx. 40 of them) just off the China coast from Japan down to just off India?

Consider this, if China created 40 bases in the islands from Bermuda, Grand Bahama, Cuba, and down to the British Virgin Islands, how would the US feel and respond??? Why do you think China is protecting their domain in a likewise manner. With the US warlike tendencies and fruitless, expensive intervention in other countries affairs (Korea, Vietnam, Afghanistan and a number of other countries fighting no-win wars), it’s no wonder China is preparing to defend their territory.

Remember how the US and president John Kennedy responded to the The Cuban Missile Crisis, also known as the October Crisis of 1962 when Russia was shipping intercontinental ballistic missiles to Cuba. We were ready to go to war with them and/or Cuba.

With their 1.4 million population to our approx. 332 million, I think we are outnumbered by a better trained and more dangerous adversary and no amount of defense will save us all. Arrogance on our side will be our downfall.

Another point to consider is the possibility of a war. What can our government do to US citizens?? All of our freedoms could be curtailed and privacy intrusions into our lives even worse than the ones implemented after 911 under the guise of Homeland Security protecting the National Security of the country. Laws could be implemented under “War Powers” that would adversely affect all citizens and their freedoms.

Foreign US citizens like the Japanese, Germans and others who remember World War II and were of those counties origins who were relocated and sent to detention camps for the duration of the war. This could happen to you!

If we were so concerned with defending their right to freedom, it would be a hell of a lot less expensive and save millions of lives if, rather than going to war, the US grant the whole island of Taiwan US citizenship and let them all come live over here where they could experience our style of freedom and be valuable contributors to our society and economy. Thereby, you would totally defuse the Chinese or US reasons to go to war by letting the Chinese have the stupid island…it’s just a piece of dirt, which is not worth our dying over. Then all the empty abandoned buildings would become China’s problem to repopulate. And, with their population growth, that could be a real benefit to them along with a tremendous cost savings by not having to wage war and suffer the ensuing devastation.

By giving the Taiwanese citizenship and letting them come to the various US cities, we can revitaize the cities and states when they re-establish their businesses in areas of the cities that have fallen to hard times. They will bring a new source of wealth and prosperity they enjoyed in Taiwan to the benefit of the US. The US in turn would benefit by not having to wage an expensive and devasting war that has the possibility of creating an ELE.

With Israeli history, you have a prime example of this happening of a people who were oppressed and leaving their homelands to start anew in Israel. By granting the Taiwanese citizenship here, you would definitely be adding to the overall intelligence of the US and gaining responsible people to live here and contribute to our society. This is more lacking at the moment with all the poverty stricken aliens entering into the country illegally and are becoming wards of different states and a drain on US taxpayers.

People leaving their country seeking asylum is happening all over the world by millions of oppressed people. The middle east is evidence of that. It’s a viable solution to a questionable predicament we are facing that has dubious benefits by creating a war where only the Warlike Industrial Complex will be the only ones to profit but probably won’t survive the fallout long enough to spend their money.

Not only in Japan, but the military has other bases in many other countries. Click here for a list of all the bases…it will amaze you to see the extent. If it is so important, why don’t those countries form their own defenses. Why do we have to foot the bill to defend the world? What is the ultimate cost to US citizens to have all these bases? Who really benefits…..follow the money to find out!!!

The coming War with China courtesy of 60 Minutes Australia

Lest we forget! Prevent what happened in Hiroshima and Nagasaki from happening here!!!

Contact your government officials and make them stop the madness in order to preserve our country and its citizens. Or, find some way to have more peacefully oriented officials to replace them.

Get the warmongers out “NOW” before it is too late and pass the point of no return and replace them with peacemongers or we’ll all have a dim future.

Please help to spread the word to “everyone” you know to join our forces to become a crusader for humanity and a peaceful world. We don’t need another ELE like the one that wiped out most of the dinosaurs and other living things in our world’s past.

IMHO, There will be no winners on either side if this escalates to the point where war is inevitable….only survivors doomed to exist on a dying planet and going the way of the dinosaurs.