This post is not a current one as I had earmarked it to be used some time ago and just found it. Better late than never, I suppose.

Here is a typical example of (IMHO) unethical profiteering that is rampant in our society and wasting people’s hard earned money under false pretenses:

The doctor most responsible for turning the sunshine supplement into a billion-dollar juggernaut has received hundreds of thousands of dollars from the vitamin D industry, according to government records and interviews. 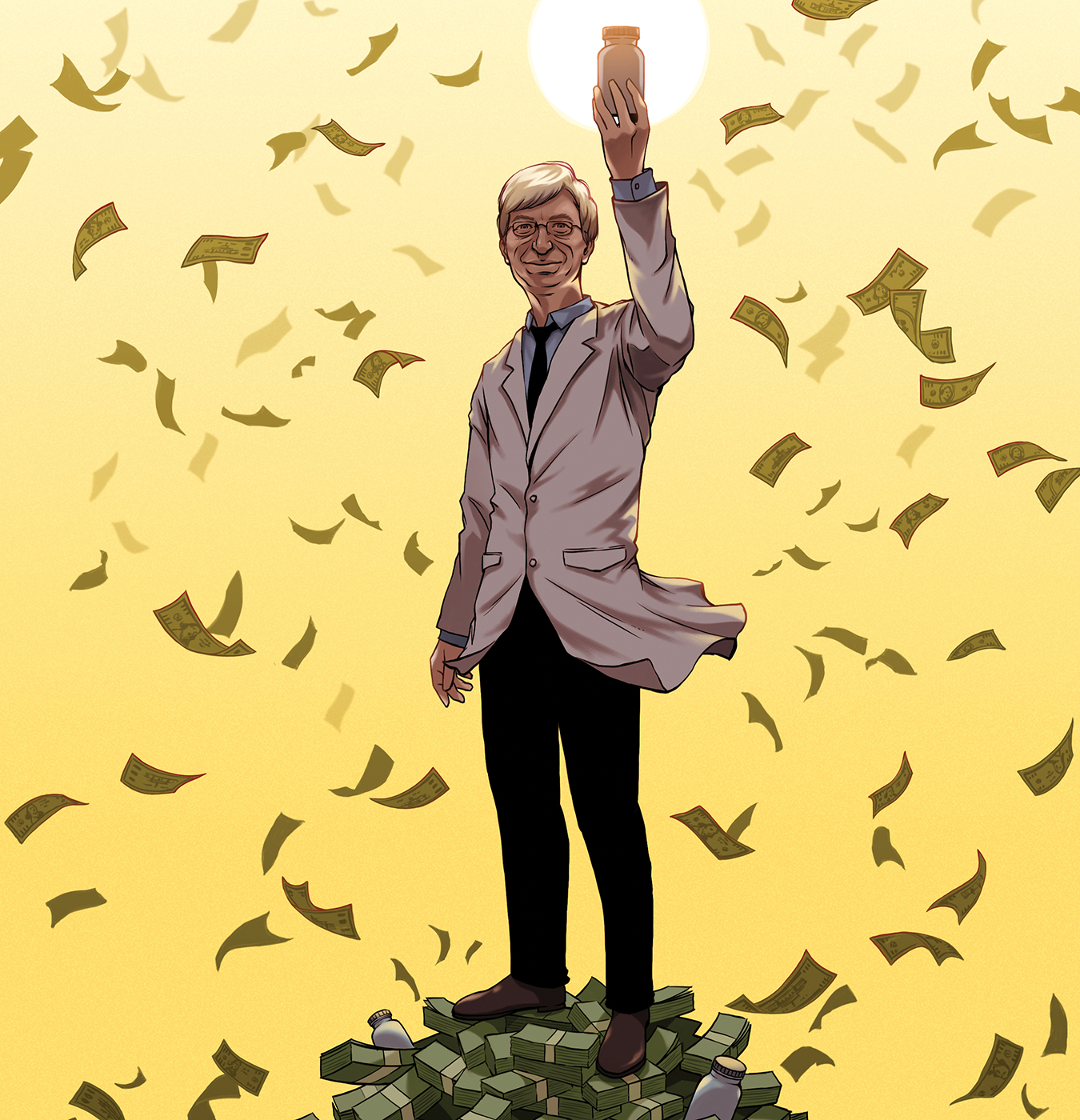 This story also ran on The New York Times. This story can be republished for free (details). Dr. Michael Holick’s enthusiasm for vitamin D can be fairly described as extreme.

The Boston University endocrinologist, who perhaps more than anyone else is responsible for creating a billion-dollar vitamin D sales and testing juggernaut, elevates his own levels of the stuff with supplements and fortified milk. When he bikes outdoors, he won’t put sunscreen on his limbs. He has written book-length odes to vitamin D, and has warned in multiple scholarly articles about a “vitamin D deficiency pandemic” that explains disease and suboptimal health across the world.

His fixation is so intense that it extends to the dinosaurs. What if the real problem with that asteroid 65 million years ago wasn’t a lack of food, but the weak bones that follow a lack of sunlight? “I sometimes wonder,” Holick has written, “did the dinosaurs die of rickets and osteomalacia?”

Holick’s role in drafting national vitamin D guidelines, and the embrace of his message by mainstream doctors and wellness gurus alike, have helped push supplement sales to $936 million in 2017. That’s a ninefold increase over the previous decade. Lab tests for vitamin D deficiency have spiked, too: Doctors ordered more than 10 million for Medicare patients in 2016, up 547 percent since 2007, at a cost of $365 million. About 1 in 4 adults 60 and older now take vitamin D supplements.

But few of the Americans swept up in the vitamin D craze are likely aware that the industry has sent a lot of money Holick’s way. A Kaiser Health News investigation found that he has used his prominent position in the medical community to promote practices that financially benefit corporations that have given him hundreds of thousands of dollars — including drugmakers, the indoor-tanning industry and one of the country’s largest commercial labs.